When choosing the right grass types for any landscaping project, it is important to know the many differences between types of grass. There are over 12,000 types of grass, and knowing how each type performs with different soils, climates, and growing environments will help you select the type that is most appropriate for your particular need. Grass types differ in their ability to stand up to temperatures, their tolerance for traffic, susceptibility to disease, and more.

How Does Grass Grow?

Grass grows from individual seeds that when planted in soil, will extend roots downward while the plant grows upward. The roots serve to deliver water and nutrients to the plant while also keeping it attached to the ground. Along with water and nutrients, grass also needs about four to six hours of sunlight each day to thrive, though different types of grass have different sunlight requirements. Factors that can impact how grass grows include temperature, water, the types of grass seed used, and the amount of thatch, or layer grass at the surface of the soil.

Grass Types You Should Know About 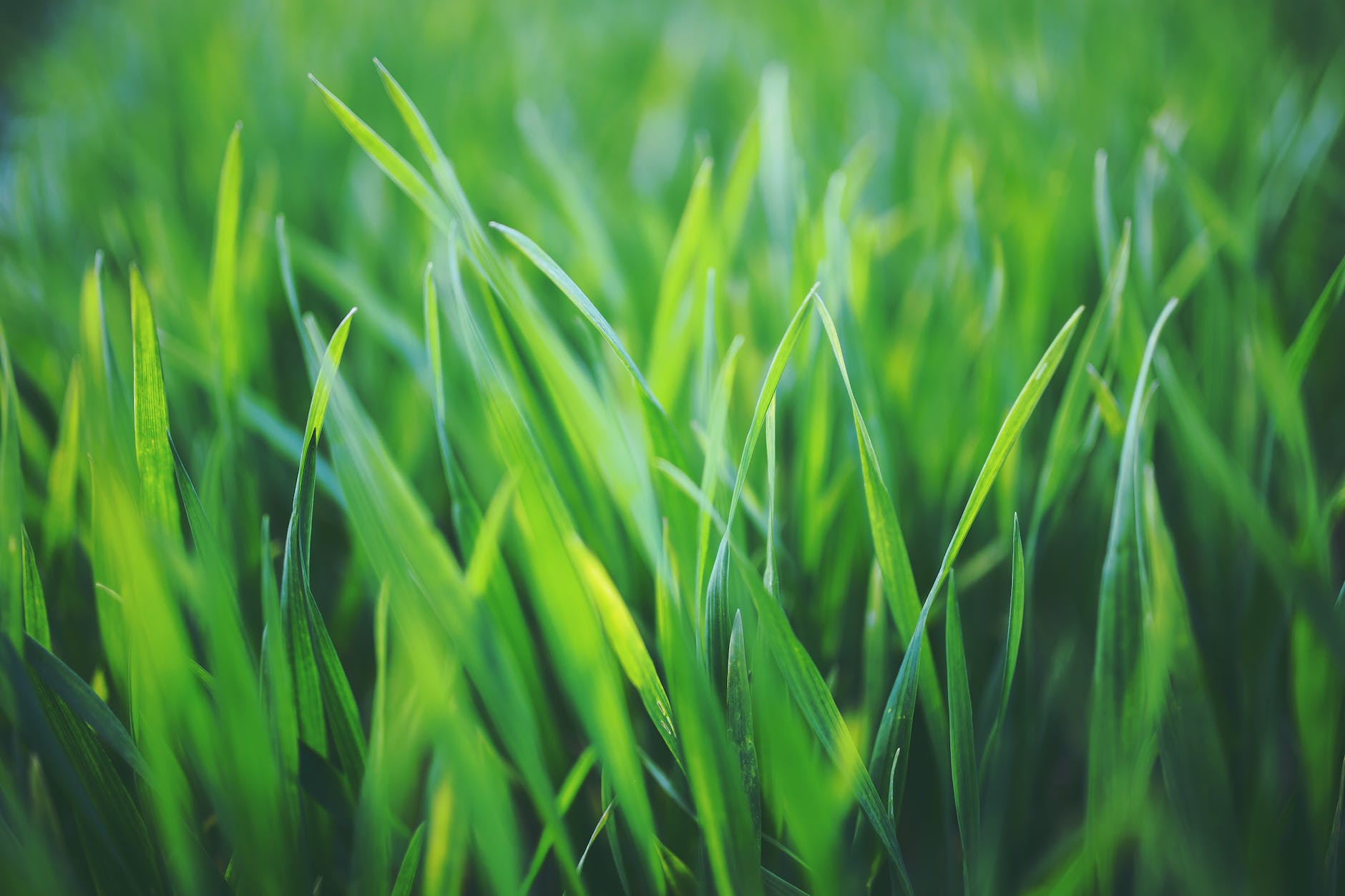 Kentucky bluegrass is a common grass type that does well in moderate temperatures. The appearance is fine and textured and bluegrass is a durable choice that self-repairs and is more resistant to diseases than other types of grass. Because of its hearty properties, Bluegrass is often recommended for areas that experience heavy foot traffic. Bluegrass is a fast-growing grass that grows even in damaged soil and during the winter. A lawn made with bluegrass will mature in about one to three months and needs to be mowed at least once per week during high season.

The fast-maturing perennial ryegrass one of the types of grass that can survive heavy traffic and even drought-like conditions. Once fully matured, the grass grows at a low rate of speed. Ryegrass does well in the northern parts of the U.S., especially in areas with cool, wet summers and mild winters. It does not tolerate extreme cold as well as Kentucky bluegrass. Perennial ryegrass needs to be mowed weekly and watered at least twice a week. Seeds are often mixed with other types of grass before planting.

Zoysia grass is often used on golf courses, which by nature, get a great deal of foot traffic. This grass type prefers full sun, but can also grow in areas of light shade. A dense and thick grass, Zoysia is durable without requiring heavy maintenance or heavy watering. This particular type of grass takes longer to establish than other types. Often used in the middle and southern United States, Zoysia is both heat and drought-tolerant due to its deep root system. 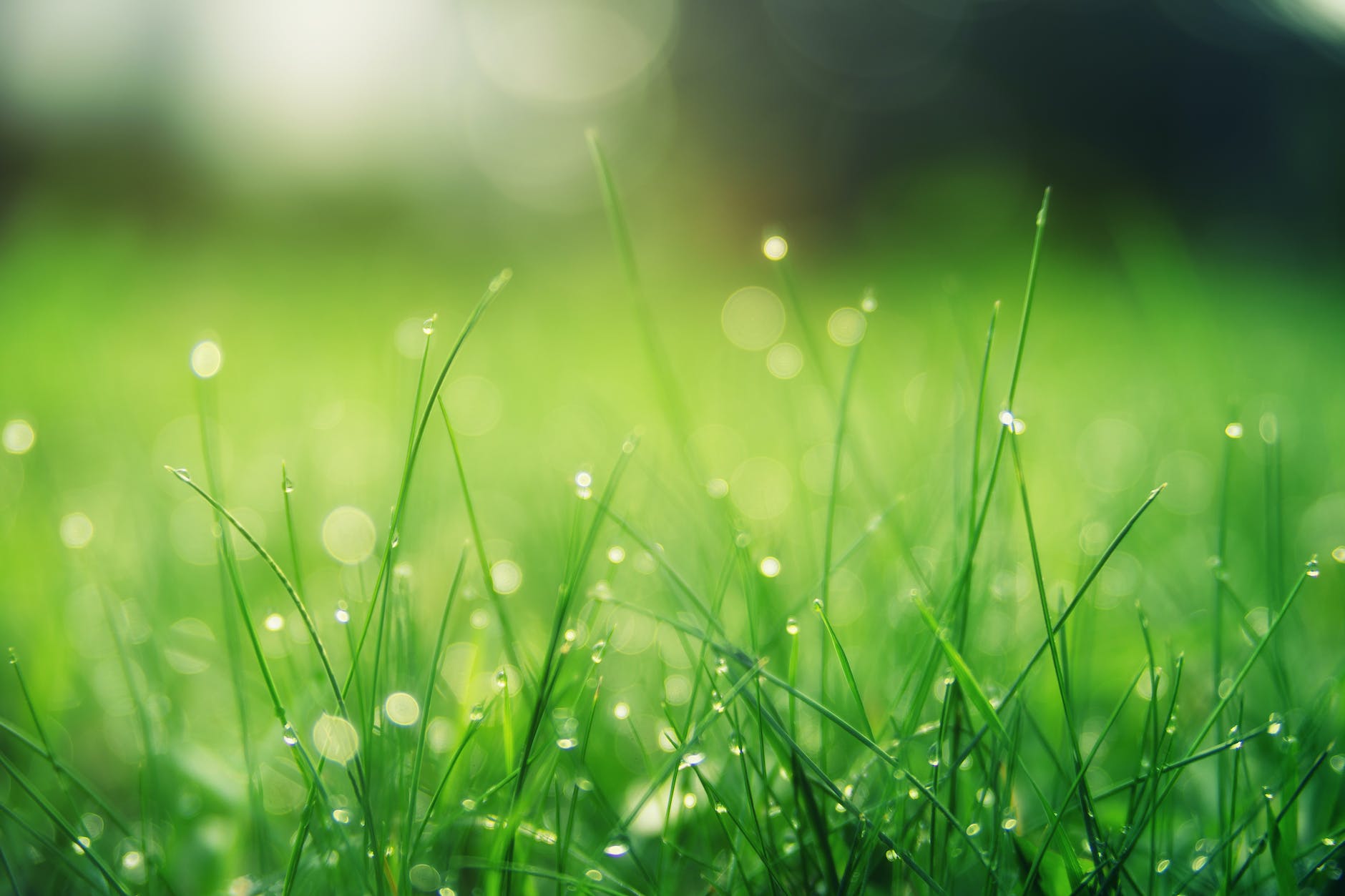 Rough, wide blades characterize this hearty grass which doesn't need too much water. Lush green in color, tall fescue is a good choice for very warm and dry climates as it will keep its color despite the conditions. In addition, its extensive root system helps this grass type hold up to moderately cold winters. It should be mowed at least once a week during growing season.

Bermuda grass only requires about an inch of water weekly, making it an exceptionally good choice for hot, dry conditions. A tough and hearty plant, Bermuda grass is one of the grass types most commonly used on sports fields and in parks. Often used in the southern regions of the U.S., Bermuda grass thrives in warm temperatures and requires full sun, but can tolerate colder periods as well. 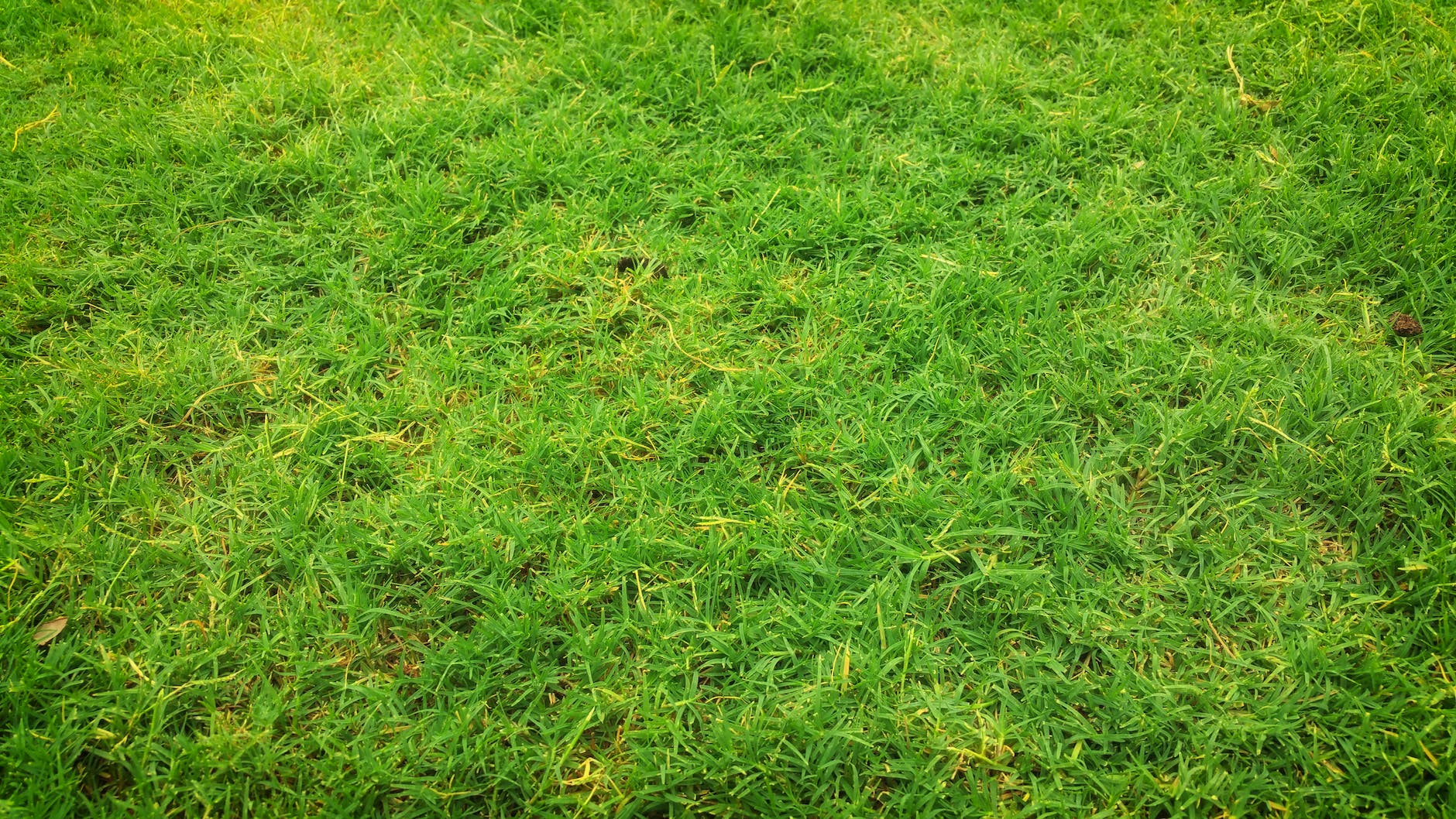 A wide and coarse lawn will result from the seeds of St. Augustine grass. This grass can handle very high temperatures and even droughts. This hearty grass type can even thrive in soil that contains some amount of sand. Because of its ability to handle dry climates, St. Augustine grass is often grown in Texas and Florida.

Centipede grass is a good choice for acidic soils or soils that contain some sand. A low-maintenance plant, the short, low grass is resistant to pests and is commonly grown in the southern U.S. due to its preference for warmer temperatures and ability to withstand even extreme heat. One benefit of this grass type is its ability to remain green through mild winters. Centipede grass requires relatively little water and does not stand up to the cold nor to drought-like conditions.

Named because it was one of the grasses that supported the wild herds of buffalo in America’s great plains, buffalo grass is a lower-quality and coarse-looking plant. The blue-green buffalo grass doesn't require high-quality soil and needs about half as much water as bluegrass. A fast-growing plant, it needs to be mowed at least twice a week in high season. It is not a good choice for high-traffic areas but will survive harsh temperatures and climates with little rain or moisture. Invasive plant species will often overpower buffalo grass, so it is a good idea to watch for any unwanted growth.

Grass Disease: What Should I Look For And How Do I Treat It? 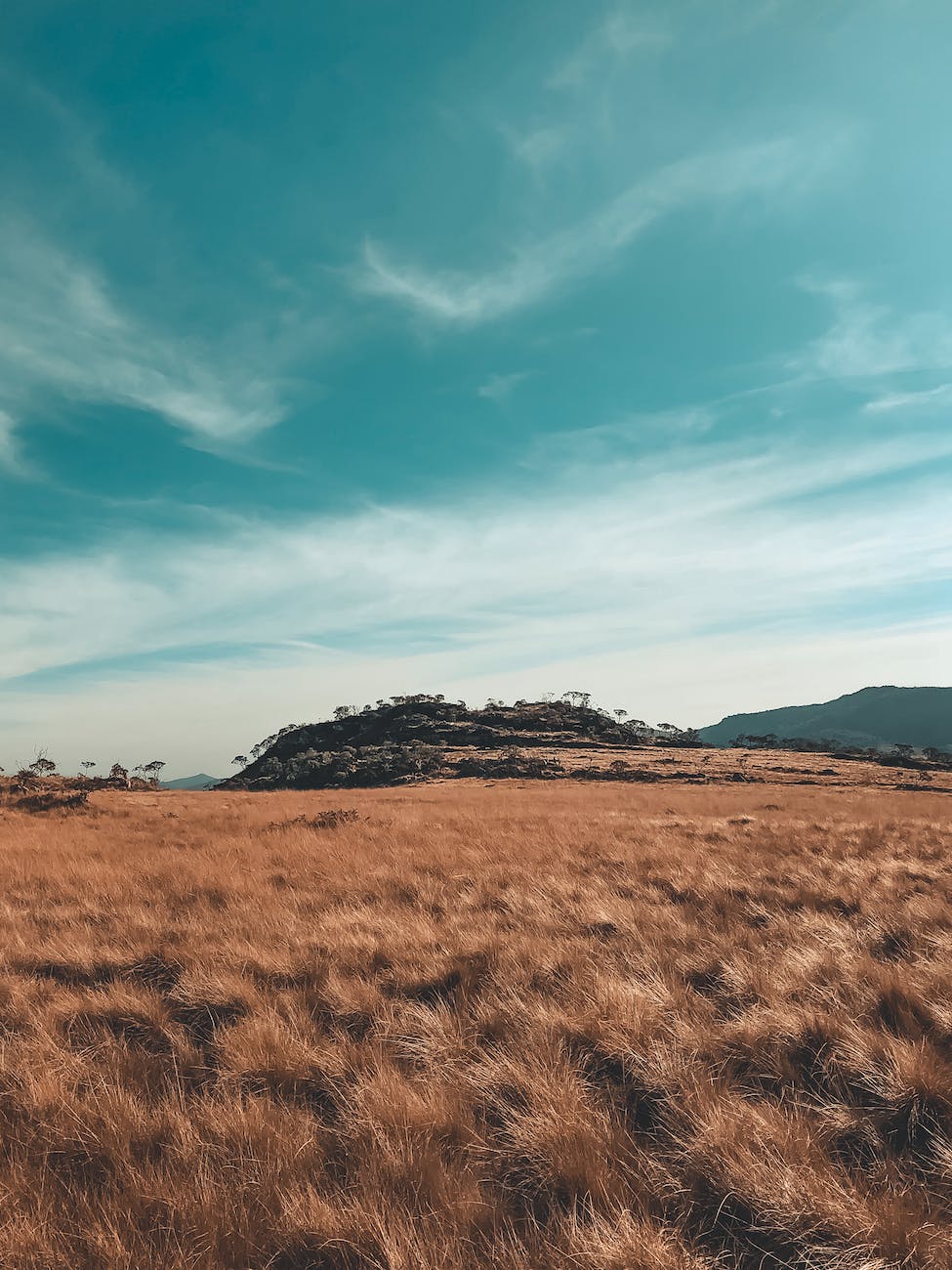 Named because of its telltale symptom, Rust will cause an infected lawn to turn a copper color. The spores of the disease attach to the grass leaf, thus creating the discoloration. These fungal spores can be rubbed off with a finger. Rust infection will also cause grass to become weak and thin. This lawn disease most commonly appears in summer or late fall and can affect many types of grass though Kentucky bluegrass and ryegrass are resistant. Rust can be prevented by regular mowing and maintenance. If your lawn is infected, a fertilizer with protective properties and regular mowing can halt the disease.

If your lawn begins to display small yellow circles, Fusarium disease may be to blame. Caused by too thick of a thatch which limits ventilation, Fusarium can kill grass if not caught early enough. To rid your lawn of Fusarium, rake the dead patches until the soil is showing, and then re-seed. Aerate affected areas to a half-inch deep and keep the areas moist.

Circles or arcs of white mushrooms are known as Fairy Rings. This fungal infection can be caused by roots in the soil or by rotting wood. Sometimes, they appear without a clear cause. If mushrooms appear, they should be raked or mowed for removal. Though they are difficult to prevent, best practices include keeping the lawn watered and mowed and removing excess thatch which hinders aeration. Using a well-aged manure or finished compost can also help prevent Fairy Rings.

Brown spots on the blades are the primary symptom of Leaf Spot. The infection can kill most of a grass plant leaving just a small strand. This disease strikes smooth stalked meadow grass and ryegrass most commonly. It is most likely to occur in the hot and humid summer months. You can mitigate the disease with fungicides or by spraying the lawn with a solution made of baking soda and water.

Like several other lawn diseases, Red Thread is named because of its visible signs and symptoms. From a distance, Red Thread will appear as small brown patches throughout the lawn. Close up, however, you will see small, red needles sticking out of the grass blade itself. The disease most commonly strikes during humid summer months and is caused by lack of feed, water, and mowing or drought conditions. Red Thread will not kill grass though it is unattractive. Kentucky bluegrass, ryegrass, red fescue, and bentgrass are most susceptible. Red Thread can be cured by using a fertilizer that contains nitrogen.

Growing and keeping a healthy lawn is a complex process with many variables, but going in armed with the right knowledge of grass types, common diseases, and care tips can make success much more likely. By choosing the appropriate grass types for the climate, soil and water availability, vigilantly watching for and treating any disease, and by following recommended watering and mowing practices, you can grow a lush and healthy lawn.